How it all started

The original founders Jeffrey, Amalina and Ines first met in the U.S. at the Young Southeast Asian Leaders Initiative (YSEALI) academic followship programme . YSEALI was launched in 2013 by the U.S. government with the aim to "strengthen leadership development and networking in Southeast Asia". It encourages youth in the region to identify critical topics, and develop "cross-border cooperation" in order to solve these regional and global challenges.

After experiencing the YSEALI programme, Jeffrey reached out to his fellow participants, Amalina and Ines, to help set up the academy. 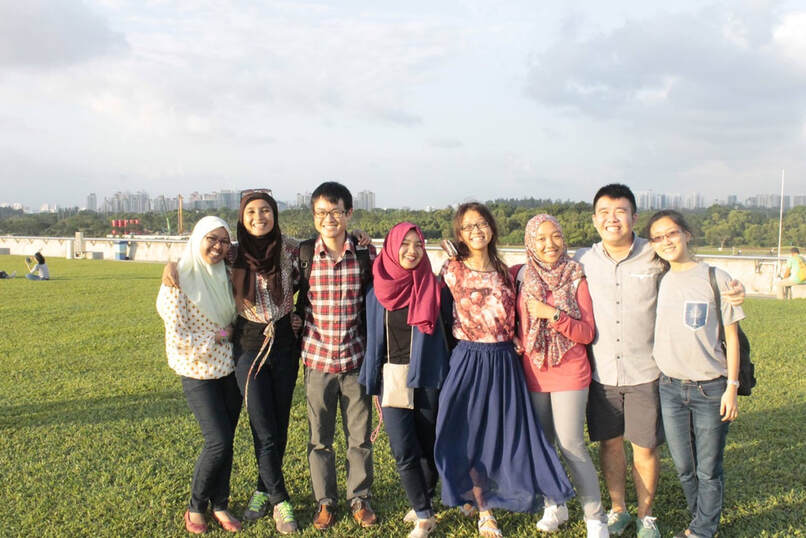 The facilitators of the first Chili Padi Academy.
Jeffrey is a Yale-NUS alum (Class of '18), and was also the Co-Founder and Vice-President of I’dECO, an umbrella-style student organization for sustainability.

Said Jeffrey, regarding the main motivation behind the founding of the Academy:

The YSEALI programme was amazing, but it made me recognize how different our communities are... there is really so much we don’t know about Indonesia or Malaysia, even though they are [our closest] neighbours and vice versa. Therefore, I wanted to draw upon the YSEALI programme model and the idea of incubation and acceleration as a way to connect people of different backgrounds, and enable them to do amazing stuff.

Although this was the intention behind the precipitation of the programme, the founders never anticipated that it would continue beyond that first cycle. The other Singaporean facilitators who were roped into helping out with the Academy, Wei Han and Xin Run, felt that the programme was such a meaningful endeavour that they decided to continue running it in the following 2nd and 3rd cycle. To put it simply, there was a fair amount serendipity involved.

How the time flies! The Academy is now in it's 5th edition, and while it has seen multiple changes and evolutions along the way, we would like to think that the spirit of the programme still largely remains in tact.

For the coverage by Yale-NUS Public Affairs, click here.
For a quick history of the YSEALI programme and projects from there, including CPA (page 275-289), click here.